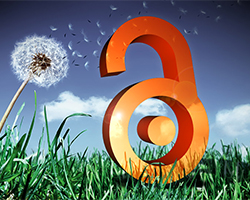 Open access has been around now for more than a decade. Open access leaders, scholars, scientific journal publishers and analysts believed that the emergence of open access would pose a serious threat to the very existence of traditional journal publishers. Many in the field of academic research anticipated that open access journals would break into the top tier scientific journals and fill the gap that might be left behind by some journals. On the contrary, Bernestein Research declares , ‘11 years after the Berlin Declaration on Open Access, however, the rise of Open Access appears to inflict little or no damage on the leading subscription publishers.’

Why subscription journals such as Elsevier and Springer are still growing and they are making hefty profit ( their profit margin is usually bigger than that of oil companies)? Why open access journals have failed to get significant ground in the scientific publishing world by pushing aside traditional publishers which charge a high price for their articles? There are some explanations for this.

Subscription based publishers managed to keep threat that has come to existence with the emergence of open access journals at bay using various techniques. They have, to begin with, adopted hybrid model of publishing. Creation of hybrid journals helped big publishers in two ways. Firstly, they earn profit through APC (articles processing charges). There are speculations that those publishers may be ‘double dipping’ i.e. charging APC and subscription fees on the same article. Secondly, it helped their image. By embracing hybrid publishing model subscription dependent journals appear to be open access friendly. These ways they claim to be compliant with national and the EU open access policies. Those policies require researchers to make tax payers funded research to be freely accessible to general public; mostly after max embargo period of one year.

Lack of clarity in defining core goal of open access is another problem dragging the progress of open access,according to Bernestein Research. Open access definition and objective widely differ depending on whether you discuss issues related to open access with a librarian, an economist or an activist. To achieve big, irrespective of background and career, the goal open access aspires to achieve should be one and the same.

Countries have different policies and priorities as far as open access are concerned. This is another area of challenge. For instance, the commitment to open access that the US government shows is not as strong as the Europeans commitment. Policy of the EU and many European countries encourages gold open access through APC funding. Whereas Green open access with embargo period appears to be good enough for Americans. They seem not to worry about embracing Gold route at least for the time being.

Another challenge, which is systematic in nature, is issue of tenure and career security. Publishing on high impact factor journals such as Nature and Science comes with high reward as far as securing early career and grant are concerned. Having one of those journals name in your resume when you apply for a job can make a lot of difference. Prestige and reward plays a significant role in academic circle. It’s a hard fact. That’s why researchers work so hard to put their name on those journals despite having many open access journals around them.

Until research centers, grant providers and universities start different approach of looking at how to recruit, promote and reward, subscription based journals will grow at the expense of open access ones. There is a hope that those institutions will change their current approach. But this takes bold and brave leadership. It can be done. It will take time, though.