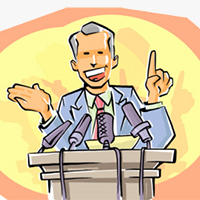 Politicians are So Keen on Open Access. But why?

People sometimes speculate on why policymakers, including elected politicians, are so keen on open access (i.e. giving people free access to the output of researchers – especially taxpayer-funded research), which has made enormous strides in recent years.

It may seem obvious to some readers of this blog, although there are various different potential reasons, such as a desire to ensure research undertaken in the UK is widely cited and wanting to help small businesses find out about the latest research. But there is another – more mundane – reason that is often overlooked.

In their day-to-day policy work, politicians and their advisers can find it hard to access academic research themselves. They have no institutional log-ins and, while the Libraries of the House of Commons and the House of Lords subscribe to some journals, it is an eclectic and seemingly random list. If you want to know why policy is not always rooted in evidence, this is one small reason why. Civil servants face a similar challenge. When I was a special adviser, and therefore a temporary civil servant, I had no routine access to the output of peer-reviewed journals, even though research came within my Minister’s brief. Occasionally, I would ask to see a specific article and, although the department did usually end up buying it eventually, it was a tortuous and time-consuming process as no one ever knew which budget should cover the cost (normally around £25).

Some evidence on this problem was offered in a speech by David Willetts when he was the Universities and Science Minister. He spoke about the challenges he faced when writing a book before taking ministerial office: I had my own experience of being an outsider when I was writing my book, ‘The Pinch’, on fairness between the generations. It was very frustrating to track down an article drawing on publicly funded research and then find it hidden behind a pay wall. That meant it was freely accessible to a professional in an academic institution, but not to me as an independent writer. That creates a barrier between the academic community, the insiders, and the rest of us, which is deeply unhealthy.

It may be that the Westminster and Whitehall authorities should have fixed this issue in the past, in the interests of good public policy and proper scrutiny of the executive by the legislature, by paying publishers properly for access to more journals in the way university libraries paid (and pay)…but I still can’t help thinking the single thing those who dislike open access could have done to slow its pace would have been to have given generous terms to policymakers a long time ago.