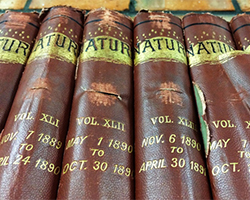 Nature Publishing Groups made all its journals read-only open access

Statement from the Nature Publishing Groups (NPG) reads, ‘all research papers from Nature will be made free to read in a proprietary screen-view format that can be annotated but not copied, printed or downloaded.’ This NPG content sharing policy affects 48 journals in Macmillan’s Nature Publishing Group division. This policy gives readers free (read-only) access to major journals including Nature Genetics, Nature Medicine and Nature Physics. By disallowing coping, downloading and printing, NPG preserves its major source of revenue which is subscription fees from libraries and individuals.

The Nature Publishing Group will be using ReadCube to display the PDF files of those journals. Through ReadCube, institutions get access to all articles published by NPG since 1869. Individuals, though, will be able to read articles published since1997.

Open access movement and awareness are growing. Many countries and institutions are mandating researchers to publish their research output on open access platforms. This NPG policy comes as a result of growing pressure on major publishers like NPG which are founded on subscription based publishing model. Even before NPG announced this measure, it has made 38% of its articles open access through Gold Open Access model.

The measure taken by NPG has created mixed reactions. Most open access advocates appreciates the move. Nonetheless, they believe that NPG fall short on major issues such as giving access to coping and downloading- which are major parameters of genuine open access publishing. Critics of the policy think that NPG has adopted this policy from public relations perspective, not from true intensions of embracing open access publishing model. sourceNature

END_OF_DOCUMENT_TOKEN_TO_BE_REPLACED 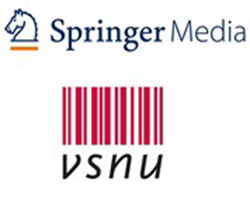 The Springer publishing group and the Dutch universities have reached a negotiation agreement on the transition to open access. Both parties see open access publishing as the road to the future. ‘We’re confident that this agreement with Springer marks a key step in the right direction’, said Koen Becking, president of Tilburg University and chief negotiator for the Association of Universities in the Netherlands (VSNU). ‘It means scientists in the Netherlands will be able to publish in open access format in existing Springer journals, while retaining reading privileges to these journals as well.’

State Secretary Sander Dekker (Education, Culture and Science) has responded enthusiastically to these developments. ‘I’m happy to hear that Springer has taken its responsibility seriously and that the ambitions of both parties on open access have taken hold in the agreement. It is of tremendous importance that major publishing firms such as Springer recognise that open access represents the future of academic publishing. The agreement between the universities and Springer is therefore an important step in the right direction. Sharing knowledge, a fundamental aspect of open access, is an important driver of innovation in the Netherlands. It’s clearly advantageous for many professions: doctors have access to medical research, school teachers can use the latest insight from the educational sciences in their classes.’

Agreements on subscription fees are made for all the Dutch universities with the individual scientific journal publishers, as part of the so-called ‘Big Deal’ negotiations. The universities are only prepared to renew the agreements on subscriptions if the publishers take steps towards open access. Several publishers are hesitant to take these steps, given the drastic changes in their revenue model this transition would cause. Yet the negotiations with Springer prove that these steps can be taken.

END_OF_DOCUMENT_TOKEN_TO_BE_REPLACED 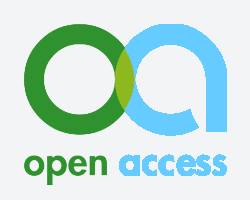 Bill and Melinda Gates Foundation makes its open access policy public. According to the policy statement released, the foundation is committed to information sharing and transparency. ‘We believe that published research resulting from our funding should be promptly and broadly disseminated,’reads the statement. The foundation has adopted open access policy that enables unrestricted access and reuse of all peer-reviewed published research- entirely or partially funded by the foundation.

Gates Foundation open access policy will be effective from January 1, 2015. All new research funding agreements will be attached with this condition as of January next year. The publishers will be allowed to impose embargo period which may not last for more than 12 months. However, imposing embargo by publishers will not be acceptable, whatsoever, after January 1, 2017.

– Publications Are Discoverable and Accessible Online. Publications will be deposited in a specified repository(s) with proper tagging of metadata.

– Publication Will Be On “Open Access” Terms. All publications shall be published under the Creative Commons Attribution 4.0 Generic License (CC BY 4.0) or an equivalent license.

-Data Underlying Published Research Results Will Be Accessible and Open Immediately. The foundation will require that data underlying the published research results (depositing data set) be immediately accessible and open.

END_OF_DOCUMENT_TOKEN_TO_BE_REPLACED 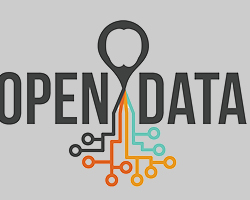 Open Data Divide and Its Effect on Development Policies

We often hear how the world is divided between global north and global south, and ‘have’ and ‘have not’. This division is based on economic parameters. Revolution that comes with ICT besides creating another category of division, it expanded the already existing one. Now we have division between regions/countries and individuals not only based on economic and social matrices but also on the level of access people or countries have to ICT. There are people who are left behind internet revolution. The gap, just like economic one, is widening. This is alarming, indeed.

Now days, any action or activity that enages ICT literally results in bulk of data. We are in the era of ‘big data’ as a result of the web 2.0. Great deal of data, however, is generated by big companies and public institutions.

Not all countries and inter-governmental institutions are moving at the same pace as far as embracing open data is concerned. Some are moving fast and others are still hesitating to fully embrace it. The EU and the World Bank are one of those institutions which have made significant progress in terms of advancing and supporting open access and open data policies. For instance, the EU made its position clear through launching various policy initiatives and taking practical actions. It launched open data portal and made mandatory open access publshing- this is one of its major policy instruments so as to advance research and innovation. The EU has shown its commitment to open access through its horizon 2020 open access policy. There are indications which show that some national governmnets, even with in the EU, are not keeping up with the pace.

Data is key ingredient for innovation and research. It boosts creative and sustainable economy. When data is trapped behind a pay wall, we are denying individuals, business and research institutions to innovate and create. On the contrary, when we give people and institutions free access to data, beyond saving time and cost for data collection, we are speeding up innovation and research. Moreover, by democratizing data sharing, we are bridging the gulf created between those who produce and consume great deal of it and those who are left behind in both aspects- producing and consuming very little.

In both fronts i.e. data production and consumption, ACP [Africa, the Caribbean and Pacific] countries are the one which lag far behind the rest of the world. This is the case because countries in these regions lack proper ICT infrastructure which is prerequisite for massive data production, consumption and dissemination. Good news is that, the EU is financing ICT infrastructure development projects in these regions. This will help realize digital bridge between the north and the south. Similarly, there are many initiatives by the EU aimed at strengthening ICT polices, data research and making the Internet affordable in Africa. For the time being the sad reality is that the south is trailing the north as far as having access to open data is concerned. But the EU and other similar initiatives, despite current reality, create an atmosphere of optimism in the global south.

For more see Data for Development

END_OF_DOCUMENT_TOKEN_TO_BE_REPLACED 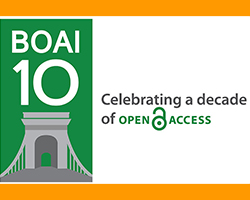 Over the last ten years open access movement has rapidly gown and its effect felt in many countries all over the world. The numbers of open access publishers and journals have shown multiple digit growth.