The commissioner stressed the need to embrace Science 2.0, a movement which advocates sharing scientific information and collaboration in the era of digital technologies. Geoghegan-Quinn underlined the benefits scientific research harvest if it is in the hands of many people in a transparent, accessible and reproducible way. She emphasized that going fully open data and open access have “potentially far-reaching changes in the way we do science and research”. Science 2.0 advocates researchers make a greater effort to share information and embrace collaboration; both made easier by new digital data and network technologies.

Accelerated by new digital technologies, many things are happening in the field of scientific research and data collection. Yes we are in the big data era. According to SNTEF , 90 per cent of all the data in the world had been generated over the past two years alone. The commissioner said that the data came about as a result of thousands of hours worth research and experiments. This data should be free to access online, convinced Geoghegan-Quinn. She underlined the need to open library doors and eliminate online pay-wall barriers.

The commissioner pointed out that barriers to scholarly papers are falling in different parts of the world. Consequently, 50 per cent of research outputs published in 2011 in almost 40 countries are now made freely and openly available. This is good and encouraging news, indeed. Countries, institutions and researchers are embracing open access. Open access movemnet is achieving remarkable success. The EU Commission for Research and Innovation through its open access policy works to ensure research funded by the commission is publicly available and accessible. Source

END_OF_DOCUMENT_TOKEN_TO_BE_REPLACED 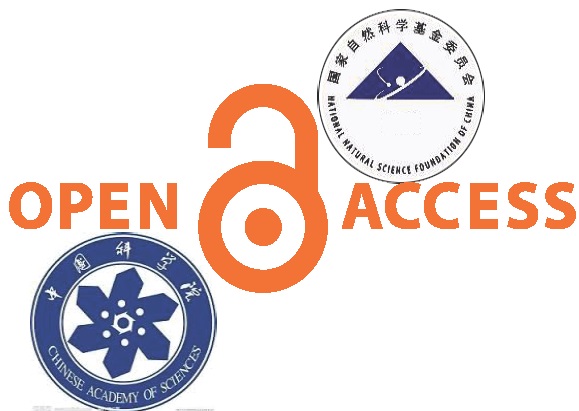 On 15 May, 2014 two major Chinese research funding agencies made a bold move which calls research fund recipients to make their research output available on open access platforms. The agencies are Natural Science Foundation of China (NSFC) and Chinese academy of science (CAS). The NSFC is one of the two leading research funding agencies in the country whereas the CAS is visible in more than 100 institutions through providing funding and conducting its own research. According to these two agencies researchers who got support should deposit their scholarly output into online open access repositories and make it accessible and available for everyone with internet access within 12 months from the date of publication.

This policy decision has far reaching effect. This is mainly due to increasing number of research articles coming out of China; most of them receive funding from these agencies. For instance in 2012 there were more than 186,000 articles indexed by Science Citation Index (SCI) database alone; more that 100,000 (55.2%) of them got some kind of funding from the NSFC. At the same period, researchers of the CAS published more than 18,000 and more than 12,000 SCI and domestic journal articles respectively. Similarly, the National Ministry of Science and Technology is working on how to adopt open access policies.

This kind of open access policy shifts, not only in China but also in many countries, emanate from genuine realization of how open access is imperative both for scientific community and tax payers who are exempted from paying subscription fees for the research themselves funded. See Nature

END_OF_DOCUMENT_TOKEN_TO_BE_REPLACED 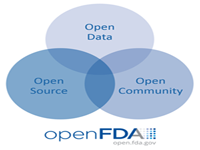 The US Food and Drug Administration (FDA) has launched openFDA, an initiative which is particularly designed to give free access to health datasets for researchers, developers and to the public. This is a huge dataset which comprises more than 3 million reports submitted to the FDA since 2004.

According to Taha Kass-Hout , Chief Health Informatics Officer of FDA, openFDA makes access to FDA dataset and information much easier for companies, and individuals in private and public sectors which otherwise cannot be easily accessed. Before the launching of openFDA, the only way companies in the industry get access to FDA dataset is through sending hundreds of Freedom of Information Act (FOIA) requests. Moreover, downloading big files, sometimes in variety of formats, was slow and also arriving at FDA database by sailing through various web links was a tedious and labor intensive process for companies and individual researchers. Thanks to openFDA, now all the hustles are removed and one stop free access to FDA’s dataset is guaranteed. OpenFDA contains dataset in the public domain with a CC0 Public Domain Dedication.

END_OF_DOCUMENT_TOKEN_TO_BE_REPLACED 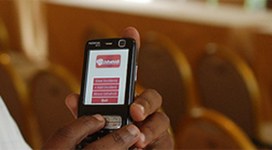 Developing world scholars’ appetite for scholarly output is enormous. But pay-wall has been a barrier which effectively kept developing world scholars from touching scholarly materials for years; or at best severely limited their access to those materials. Now, the pay-walls look crumbling under ever increasing weight of open access publishing. Open access and new communication technologies, working in collaboaration, are gradually bringing the wall down.

As one of success stories recently achieved, scholarly books made freely accessible by Open Book Publishers (founded in 2008) have attracted 150,000 readers in 2013 . This is a dramatic jump from 5,000 readers in 2009. Here, sheer increase in the numbers of readers with in short period of time by itself is amazing. What is more interesting is the geographic origin of those readers. Remarkably, there are soaring numbers of readers from developing countries such as India, Nigeria and Ethiopia. Evidently, this shows that the major factor keeping developing countries scholars from scholarly publications is pay-wall.

Incredible increase in the numbers of readers and interest for open access materials are happening despite weak or unstable internet connection in developing countries. To sail through connectivity challenges, readers of OA materials are not solely relying on computers and tablets to read/download scholarly output, nonetheless. Some readers access the content of open access books/articles using their mobile phones. Significant numbers of readers in Nigeria and Ethiopia are using their phones as reading devices.

END_OF_DOCUMENT_TOKEN_TO_BE_REPLACED

Open access (OA) movement has been growing and gathering momentum. The rate of growth and high profile support it is enjoying from those in academic arena is showing no sign of slowing down; at least in forseeable future. Radboud University president Prof. Gerard Meijer is one of those who are strongly advocating for open access. He showed his stern commitment to OA by dedicating his recent speech to OA on the university’s 91st anniversary. Besides scholars, some publishers are gradually embracing open access and joining the movement. Some do support OA because they do believe in the philosophy of OA. Others join the movement simply because they see OA is the inevitable future of publishing research output which cannot be ignored. For scholars and academic institutions the driving motive behind throwing their support behind OA largely stems from the very philosophy which defines OA: open exchange of knowledge leads to scientific and social development. Prof. Gerard Meijer believes that open access allows doctors to have new insights and companies use new knowledge that enables them innovate. Open access has similar impact on other sectors too.

Though OA is endorsed by many and its benefits are overwhelming, several publishers are still keeping scientific articles behind pay-wall. Those who can afford to pay subscription fee can get access and other denied access. However, ever increasing cost of journal subscription, according to the president, has forced several prominent academic institutions to cancel their subscription. Publishers in the industry, the status quo is primarily serving their interest, have remained reluctant to embrace open access, nevertheless.

Prof. Meijer suggests that OA can be achieved through different approaches. One way is through building OA institutional repositories; Radboud University is exactly doing that. Currently 23% of the university’s researches output published since 2004 are archived in the university’s repository. The other channel is through Gold open access approach. Currently Radboud University spends more than 5 million on journal subscription on annual basis. For Radboud University covering article processing cost is not only an initiative to support Gold OA but also it’s a measure to save on subscription budget, according to the president.It’s financially sound to cover articles processing fees than subscribing to costly journals, he finds.

According to the president the publishers are undoubtedly happy with the status quo. Academic institutions and others who subscribe to scholarly journals are not so pleased. Prof Meijer is convinced that there is a need to find middle ground and a sustainable model which works for all stakeholders.