Learned societies are traditional publishers who have been dominant players in the field of academic journal publishing and distribution. The role and the level of influence they held in the field have been changing, and it’s changing due to open access (OA) model of scientific research output publishing. This new model, beyond challenging the monopoly that the learned societies had over scholarly materials for centuries, is shaking their very foundation through posing serious threat to their income, EDP survey report shows . According to this report, open access has the potential to dry learned societies’ main source of revenue which is predominantly journal subscription fees.

With emergence of OA, learned societies learned that their business model is increasingly under pressure and not sustainable at all. They have genuine concern, the survey shows, about serious existential threat OA poses particularly to publishers with limited resources. It appears from the survey that there is sort of consensus among learned societies that open access puts their journals’ financial health in jeopardy. It is not surprising to uncover that significant numbers of learned societies are strongly negative about open access.Obviously, the philosophy of OA is fundamentally in sharp contrast to the learned societies modes of publishing and their principles of access provision to scientific outputs.

Overwhelming majority of the societies, nonetheless, recognize the opportunity OA brings about. They realize that OA opens knowledge and information gates for scientific communities and wider society; particularly for those in developing countries who in the past had no or limited access to scholarly materials due to high journal subscription fees. Now open access is helping and it is narrowing information and knowledge gap between developed and developing nations. It is effectively removing barriers to scholarly materials and by doing so it is empowering and creating opportunities for resource starved institutions and researchers to actively engage in research.

Learned societies are hesitantly embracing OA by offering open access of different flavors. Currently, Gold OA is by far the most preferred method. Hybrid method is offered by over three-quarters of the societies, however.

END_OF_DOCUMENT_TOKEN_TO_BE_REPLACED

OpenCon2014 to be Held in Washington,DC.

OpenCon 2014 which aims to bring students and early career researchers from across the world together will be held from November 15 to November 17 in Washington, DC. The conference is organized by organizations which represent the next generation of scholars and researchers. Participants of the forum, mostly students and early career researchers, will learn more about various issues pertinent to open access and develop critical skills. Once the participants return to their home countries, they will be expected to be agents of change and catalyze actions towards opening up scholarly outputs and other educational materials.

Nick Shockey, founding Director of the Right to Research Coalition, underlines the significance of OpenCon 2014 saying “OpenCon2014 will support and accelerate this rapidly growing movement of students and early career researchers advocating for openness in research literature, education, and data.”

END_OF_DOCUMENT_TOKEN_TO_BE_REPLACED 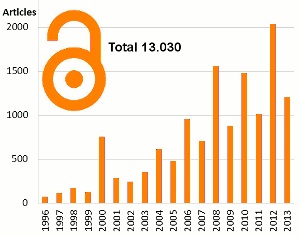 According to a new research on open access repositories, the number of open access repositories grew from 128 in the year 2005 to 2253 in 2012. This is a 1660% growth in just 7 years. There rate of growth over the period, however, was not consistent, the research found. There trend was steady growth earlier in the study period and decline in the final study years. The reason behind slowing down of the rate of growth could be attributed to the saturation of the repository development in some countries. This cannot be by any means the only logical explanation, nonetheless.

There are geographical variations attributable to the repository growth trend. Europe is a leading continent in terms of hosting and developing number of open access repositories. North America comes second. During the study period the gap between these two leading continents is widening rather than shrinking: repositories in Europe are growing at a faster rate than their counter parts in the North America. Asia showed sharp increase particularly since late 2010. In Africa open access repositories experienced slow growth rate throughout. The number of repositories in Australia declined from 81 to 60 mainly through 2011 till December 2012; a situation which might be caused by the merger of Australian universities institutional repositories. USA has the largest number of open access repositories followed by the UK and Germany. Countries like China and Russia have shown low level of growth between 2005 till 2012.

END_OF_DOCUMENT_TOKEN_TO_BE_REPLACED 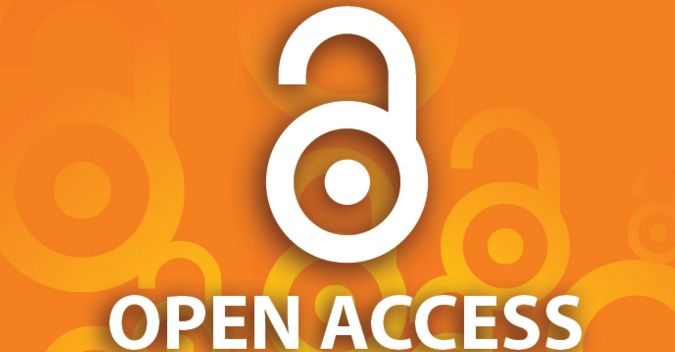 ‘Generation Open’ is the Theme for 2014 International Open Access Week

The Scholarly Publishing and Academic Resources Coalition (SPARC) announced that 2014 International Open Access Week will be celebrated under ‘Generation Open’ theme. This year open access week will be held from October 20-26 all over the world. The theme of the week is meant to highlight central role students and junior researchers play as change agents for the development of open access scientific publishing and scholarly output dissemination. International Open Access Week 2014 aims at improving the level of awareness about the potential benefits of open access. It reflects on the success achieved. The week will also be used to help “inspire wider participation” in order to make Open Access a new norm in scholarship and research.

International Open Access Week which evolved from National Day of Action for Open Access, initiated by students in 2007, has grown and expanded dramatically. Now it participate more than 7 million students in more than 100 countries actively advocating for and supporting open access movements.

According to SPARC it is incumbent on open access advocates around the world ‘to use the week as a catalyst for raising awareness of Open Access and to build a dialogue with the next generation about shaping the system of scholarly communication that they will inherit.’ See SPARC press release.

END_OF_DOCUMENT_TOKEN_TO_BE_REPLACED 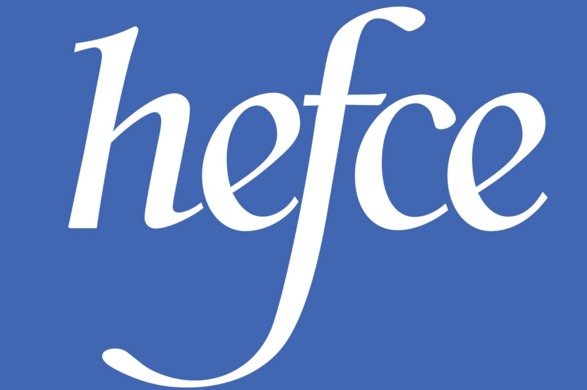 The Higher Education Funding Council for England (HEFCE) has embarked on a policy which makes significant move towards fully embracing open access as preferred means of publishing and distributing scholarly research output emanates from the UK higher learning institutions. The HEFCE calls this policy document “One Great Big Thing for British Universities” and encourages all universities in the country to gear towards warmly embracing open access. The institutions can demonstrate their compliance with the policy by publishing on open access platforms and subsequentlydepositing research papers in open access repositories.

The policy states that, “to be eligible for submission to the post-2014 REF (Research Excellence Frame work, author’s final peer-reviewed manuscripts must have been deposited in an institutional or subject repository on acceptance for publication.” This policy mainly applies to research outputs accepted for publication after 1 April 2016; nonetheless it strongly recommends that institutions start implementing it now.

According to this open access policy, the higher education institutions can make their research output available and accessible to the public either through green or gold routes or through the combination of both approaches. In addition, it encourages the need to deposit metadata of not yet openly accessible papers, perhaps in compliance with horizon 2020 open access policy, while they are still under embargo period. Up on the expiration of the embargo period, however, the new open access policy requires immediate access to those articles through open access platforms. Moreover, HEFCE pledges to work closely with the higher learning institutions to support repositories in order to ensure smooth implementation of the policy.